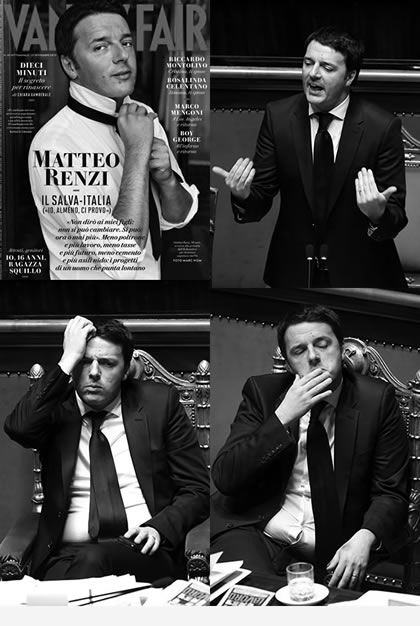 Matteo Renzi on the cover of ‘Vanity Fair’, November 2013, and in Parliament before a vote of confidence, February 2014.

And do not forget the African invasion (more than 500 immigrants a day "recovered" from 10 miles to the African coast by the Italian Navy) what some local idiots catholics call "the gift of God, divine providence," a lot of new taxes every two months, the savings of generations that disappear in taxes, the swindle of the UNESCO recognition of the Piedmont hills to get more taxes (wine and land), 1 out of 2 is unemployed in the south and 1 to 3 in the north, the suicide of the owners of the companies, and much more.


These are the  officials data of Italy UE elections: 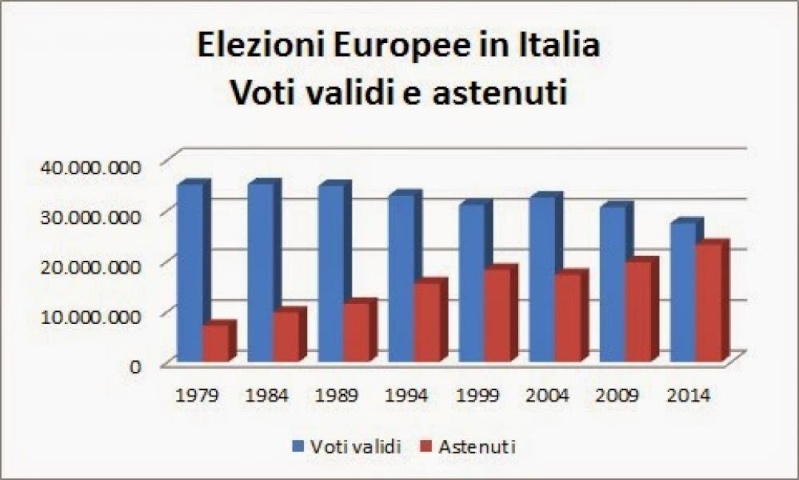 This is an example of the regime press:

A typical example of elite take over.